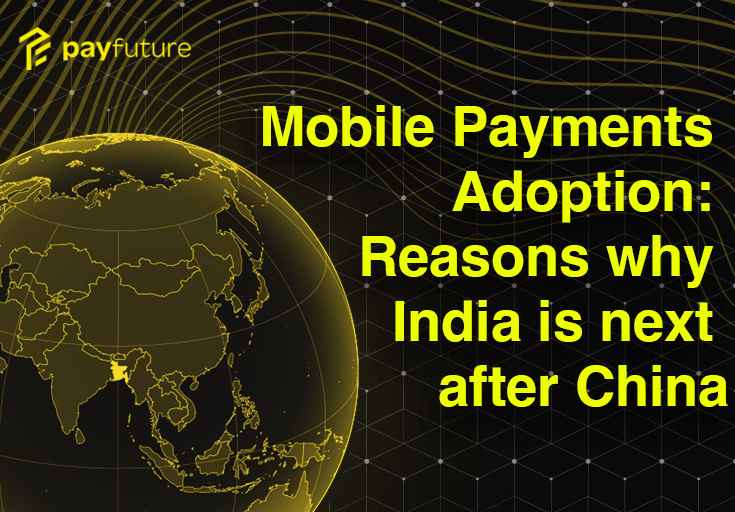 In the global goal of inclusive and sustainable growth, financial inclusion and access are broadly recognized to be key steps toward it. Without a doubt, technology has been playing a pivotal role in expediting and accelerating this revolutionary progress. One of the recent ways we have seen this take-off is through a massive mobile payments app adoption.

Many countries have taken the major step in having technology at the forefront of their economic growth. China is a prime example in leading and developing digital financial services across its population. In 2021, it is projected that more than half a billion people in the country shall pay through their phones at a point-of-sale.

This means that China’s booming payment apps market has opened up payment convenience and payment solutions to both physical and online stores at a penetration rate of 39.5 percent. Adopting a mobile payment app approach has been done by many shopkeepers, restaurateurs, and e-commerce platforms. To this effect, small businesses have massively benefitted as businesses move directly from cash to payment apps.

However, with 1.7 billion people remaining unbanked, financial inclusivity continues to be a major challenge across emerging markets and institutions. In a recent Statista report, one of the emerging countries that are gaining momentum and penetration rate on adopting a mobile and digital future is India:

Among emerging and developing countries in Asia, India has always had high payment app penetration levels above the world average. While average spendings per consumer remain low with only a casual usage of these mobile apps, this still suggests that India has a ripe population to a potential digital payments economy.

India is a country known for its incredibly diverse population. This diversity is also seen in the types of mobile apps that are popular in the country such as e-commerce, entertainment, and travel apps. There are several factors that have contributed to this growth including an increase in smartphone users, improved internet connectivity, and the growth of startups in the country.

Despite this growth, there are still some challenges that need to be addressed. One of these is the lack of standardization in the app development process. This can lead to fragmentation and a lack of interoperability among apps. Another challenge is the low penetration of credit cards and digital payments. This makes it difficult for companies to monetize their apps. However, these challenges won’t last any longer.

All these reasons point to India as a country that is ready to accelerate its mobile app and digital payment growth as more users and merchants alike adopt this practice in the years to come.

A key reason why the Indian economy remains fertile for digital advancements is that its mobile app industry is expected to reach a value of Rs 2.3 lakh crore by 2021. Assessing to be one of the largest and most profitable global markets, there are over 1.12 billion mobile phone subscribers since 2016. This is out of a population of 1.32 billion which makes India leading in the subscription penetration rate of 98 percent.

India has the world’s third-largest mobile network coverage, with approximately 90 percent of the geographical area covered by mobile signal coverage. The country has witnessed a phenomenal growth in mobile data consumption, with average monthly consumption per user surging to 9.8GB in 2016 that is expected to reach 24GB by 2021.  Even its e-commerce industry remains flourishing exponentially.The strong uptake of smartphones and increasing mobile data consumption are the main drivers for this growth.

The launching of the Digital India Program

More than an organic shift towards a digital future, the Government of India has also launched the Digital India program since 2015 to transform India into a digitally empowered society and knowledge economy. The ambitious initiative aims towards e-governance, connecting rural communities with cloud services, broadband highways, public internet access programs, and digital literacy missions.

On this backdrop, it is estimated that the number of mobile users in the country will rise to 1.22 billion by 2021, an increase of 21% from the end of 2017. Despite this growth, India’s mobile market is still at a nascent stage. The expected penetration rate for smart devices in 2017 is estimated to be 28%, as compared to over 80% in markets such as the US and China.

This means that these statistics shall only increase from here onwards, with combined efforts and initiatives from the Indian Government, consumers, and businesses. This will offer larger curves and potential for growth in the Indian mobile and payments market once more b2b payments solutions bridge the gap and struggles among Indian localities and regions.

The future of mobile payments and app adoption for India

The global mobile economy is booming and is estimated to be worth $3.3 trillion dollars entering into 2022. With the penetration of high-speed networks and affordable smartphones, consumers’ appetite for digital content and convenience has increased exponentially. India has among the highest number of internet users in the world. Over 80% of this internet usage is through mobile phones.

As India’s mobile app market reaches and crosses $3.4 billion in 2020, a report from Strategy Analytics project that revenue from mobile apps will jump tenfold over the next five years, reaching $10 million (Rs 66 crore) per day and exceeding Rs 2.2 trillion (US$33 billion).

The Indian mobile app economy is still in its early profitability stage and has rich potentials to grow significantly over the next few years. Research director at Strategy Analytics Neil Shah projects that the average Indian consumer in-app spendings shall only increase, driven by the high availability of affordable smartphones and data plans with huge explorations on newer business models like paid apps and advertising. In turn, this will revolutionize the country into a tech-centric economy.

This is one of the ripest periods for global businesses to enter the Indian economy and unlock untapped regional markets in the emerging country. This can be effectively reached through utilizing digital payments solutions that will allow interoperability across apps and provide people of India access to more accessible e-payment methods. Soon enough, India could potentially pivot towards a massive mobile payment app adoption next to China.

The PayFuture team is committed to producing Economic and Financial Technology content. In this journey towards information, we envision the world to become more aware of digital payments and innovations that may change the future.